A bill introduced by Senator Mary Felzkowski (R-Irma) clarifies the size of a viewing corridor that a county shoreland zoning ordinance must allow if it requires a vegetative buffer to be maintained. The bill was recently signed into law by Governor Evers as Act 200.

The law makes the size of corridor allowed fairer by allowing 35% of the frontage to be a viewing corridor, with a minimum width of 10 feet. The law also incorporates the standard in NR115, the administrative code governing shoreland zoning, that the maximum amount of viewing corridor that can be allowed is 200 feet. Previously it was unclear whether the NR115 standard applied.

Wisconsin Lakes worked with the Dept. of Natural Resources and Sen Felzkowski to draft a compromise to the language that all parties could be satisfied with, resulting in a bill Wisconsin Lakes supported.

AFTER A YEAR OFF BECAUSE OF COVID, THIS CONFERENCE DISCUSSING LAND, WATER, AND PEOPLE RETURNS TO MENOMONIE ON MARCH 9

Now in it’s eleventh year and in person for the first time since 2020, The Red Cedar Watershed Conference: Land, Water, and People Coming Together, returns to the campus of UW-Stout in Menomonie on Thursday, March 9, 2023. The event bring together farmers, lake lovers, river rats, conservationists, academics, and local government officials from within western Wisconsin’s Red Cedar River basin and from across the state to discuss issue around the river and watershed, with an emphasis of improving water quality. 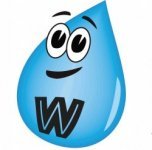 Thanks for helping us celebrate Wisconsin Water Week in 2022! For info on 2023’s recognition of the importance of water to Wisconsin, follow our companion website at wisconsinwaterweek.org!

“Building Trust Around Water Together”

Thanks to all who participated – in person or online – for making the 2022 Wisconsin Lakes & Rivers Convention a success! Save the date for 2023 and watch for more information throughout the year on wisconsinwaterweek.org!

We Speak for Lakes!

Wisconsin Lakes, formerly known as the Wisconsin Association of Lakes, is the only statewide non-profit organization working exclusively to protect and enhance the quality of Wisconsin’s 15,000 lakes. For more than 20 years, Wisconsin Lakes has worked toward statewide solutions for the challenges faced by our abundant natural water resources while supporting strong local protection efforts. We represent citizens and lake groups like you who care about Wisconsin’s lakes as a shared resource, and who appreciate the value lakes bring to our quality of life, tourist economy, and property tax base. Wisconsin Lakes seeks to protect the natural wonder of our lakes, and preserve our collective right to boat, fish, hunt, ice skate, swim and enjoy the scenic beauty of our shared public waters.

Make a contribution to protect Wisconsin’s legacy of lakes.

Become a Member or Renew Membership

Add your voice to the chorus “speaking for lakes.”