Living in a time of seemingly constant change

It is often said that the only constant in the world is change. The last few years have provided particularly strong evidence for the truth of that nugget of wisdom, and little suggests the pace of change will slow as we head into 2017.

Wisconsin Lakes’ own story of change – the state government’s elimination of our partnership contract with DNR, which resulted in the loss of a significant portion of our budget and the unfortunate elimination of the Education Director position of Susan Tesarik – has been well told. 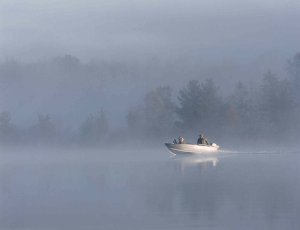 Even in times of drastic & negative change, lakes will persevere.

Lakes themselves were also subject to numerous changes, from changes in nature in general (both those natural, and, those that are, shall we say, “prodded”, by our own actions), to changes in the way we manage our waters from a policy perspective. Changing approaches to shoreland zoning, new aquatic invaders, polluted runoff, over-taxing the groundwater that feeds our lakes, droughts, floods, and more all played a role and will continue to do so in the future.  We in the lakes community must be nimble, proactive, and forceful to successfully meet those challenges moving forward.

But after numerous conversations and meetings over the last year with waterfront property owners, government officials, environmentalists of all stripes, agency folks, academics, and all of you who care so deeply about clean, healthy waters for now and the future, I am confident that we will move forward. For example, rather than just give in to the divisiveness of our time, efforts are underway in many lake communities to bring different stakeholders together around the common issue of lake health with buzzwords like “civic governance” and “community capacity”, but that ultimately are about discovering who needs to be talking to each other, and then finding ways to make that happen and lead to positive change.

And the success of our own “Lakes In Action” advocacy workshops in 2016, conducted in partnership with the River Alliance of Wisconsin, show how you all understand the power that the lakes community can wield if organized and vocal. We’re committed to continuing down that path in 2017 and beyond, and I cannot conceive of a more forceful response to negative change than this.

So yes, right now the future might look a little dark and uncertain, and no doubt there are changes to come that we already fear and some that we could never foresee. But as the days get longer and brighter again, so will we, the lakes community of Wisconsin, persevere. We will, because there’s too much at stake not to do so. Look at what this organization alone accomplished in 2016 after losing two-thirds of its budget. Think of what we can all do, when working together.