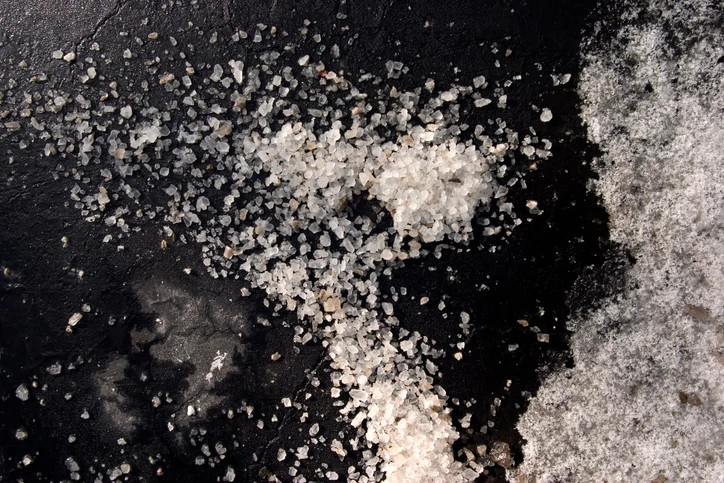 In Wisconsin and much of the U.S., chlorides from salt are infiltrating lakes, streams and groundwaterPhoto credit: iStock/tillsonburg

MADISON, Wis. – The Wisconsin Department of Natural Resources (DNR) and Wisconsin Salt Wise invite the public to learn more about the impacts of road salt on our drinking water and freshwater ecosystems during Wisconsin Salt Awareness Week, Jan. 23-27, 2023.

The Impacts Of Too Much Salt

While salt keeps Wisconsin roads safe during winter, using more salt than needed comes at a price. In Wisconsin and much of the U.S., chlorides from salt are infiltrating lakes, streams and groundwater. According to Wisconsin Salt Wise, one teaspoon of salt is all it takes to make five gallons of water toxic for freshwater organisms.

The DNR measures chloride levels in Wisconsin rivers over time, monitoring cumulative chloride loading results at 26 of the state’s largest river systems. Recent studies have shown a steep increase in chloride loads. In the early 2000s, the DNR measured about 600,000 tons of chlorides annually. By 2018, that number increased to nearly 800,000 tons per year. Fifty lakes and one stream in Wisconsin have been designated as impaired by high salt concentrations.

These increased chloride loads are partly due to road salting, but chlorides also enter Wisconsin waters because of water softeners and fertilizers. Find out if your softener is salt-wise with this diagnostic tool.

Increased chloride levels have significant impacts on our daily lives, including environmental and economic effects. Nationwide, winter salt causes $5 billion in damage to infrastructure each year, causing corrosion of bridges, roads and other infrastructure. Road salt can also impact pets by causing irritated paws or other health concerns if ingested.

Reducing salt use is key to decreasing chloride loads. Follow these steps to right-size your salt use:

The DNR works to reduce chlorides at the source through permitting programs for municipalities and industries. These measures include tuning up or replacing water softeners, identifying significant chloride contributors and finding reductions, process efficiencies or improvements and instituting sewer use ordinances.

Additionally, the Wisconsin Department of Transportation works with Wisconsin counties to reduce road salt application using brine and pre-wetting road surfaces, both of which significantly reduce salt use.

For more information on the DNR’s efforts to monitor chlorides and reduce their effects, visit the DNR’s Salt and Storm Water website here.